Jesper Hvid wrote: ↑
1 month ago
It is way too bloody old to be a portrait of the seller's mother's uncle. It very probably belongs to the 1910s, as you youself pointed out.

It is the picture of the man who crashed the car in the other pic. He who as legend has it, survived, but died. The steering wheel belongs to the car in that wreck pic.

The man in the pic is not cleft-chinned Eddie Waterman. I'd say it is a young brown-eyed latin or mixed-ethnic man in his twenties. That does not exclude mr. Waterman from being the driver of the car, the wreck of which, as Ferner rightly pointed out, is the real question of this topic.

Yeah, I did notice Eddie Waterman has a bum-chin but the guy in the steering wheel photo does not. It is obvious that the driver is fairly young though and Eddie was in his early 20s.

Personally, I don't think they look alike at all.
King of the Race Track, Destroyer of Tyres, Breaker of Lap Records
Top

I found the episode. It was Season 18 Episode 2 of American Pickers.

I picked up more clues. Jim's mother's name was Annie Orphan. The whole family came over from Armenia and moved to California. She got married to Jim's dad. Jim's dad was born in July 1929.

I found a cemetery in Fresno where lots of people with the surname "Orphan" are buried. According to Ancestry.co.uk they were all born in Armenia and died in Fresno.

So we now just need a family tree to link everything together.
King of the Race Track, Destroyer of Tyres, Breaker of Lap Records
Top

PTRACER wrote: ↑
1 month ago
So we now just need a family tree to link everything together.

Okay...I found this mystery "Jim" on Facebook through this method. Now I guess it is just a case of having the balls to contact him....
King of the Race Track, Destroyer of Tyres, Breaker of Lap Records
Top

Louis Paul Orphan, died in 1924, said to be a result of injuries sustained in a crash in 1913 (still finding out where, but it might not even be a motorsport crash). His face is identical to the one in the steering wheel. Absolutely certain it is him.

It sounds from the newspaper that he did own his own dealership in Fresno after all, with his brother.

However, he did work as a mechanic at the Waterman Bros garage, which is why there are so many pictures related to them in the frame:

Problem is, this is not necessarily the #9 Buick crash we see in the first post, but as @Jesper Hvid pointed out, it was another photo on the frame that we never got a close up look at.

Undoubtedly, though, they all have a connection with the Waterman Bros garage.
King of the Race Track, Destroyer of Tyres, Breaker of Lap Records
Top

From The Selma Enterprise, October 9th 1913:

More on the "fatal" crash. Caused by being irresponsible I suppose, but did not happen in a race: 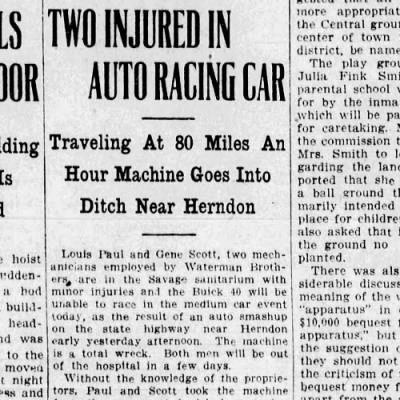 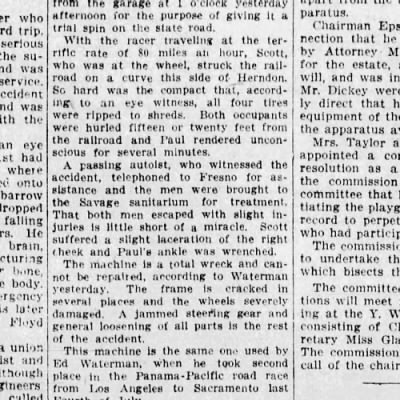 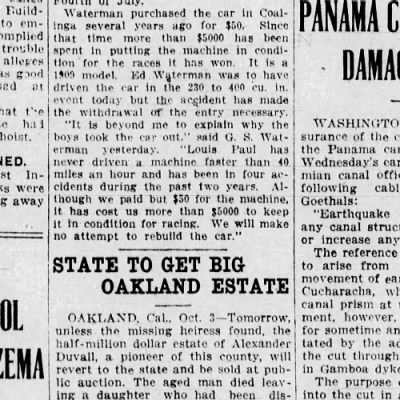 Maybe Deuta Sulprizio who was driving one of the Waterman Buicks in the 1912 Republican Road Race, car #9, with Louis Paul as his riding mechanic. Sulprizio was injured in the chest when the steering wheel broke off (matching the photo) 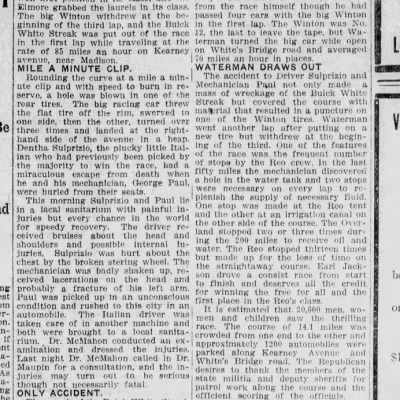 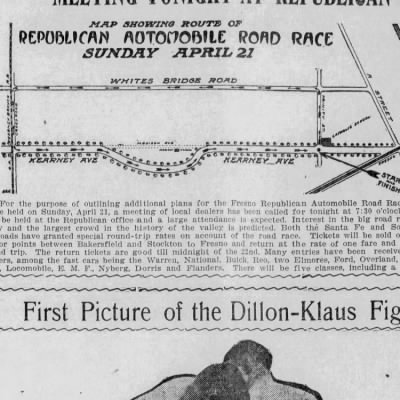 I really have a feeling this is it.

EDIT: Here is Sulprizio and Louis Paul Orphan in another Buick a week before, just before or just after racing a plane. Seems to be the same car/photo shown on the TV show: 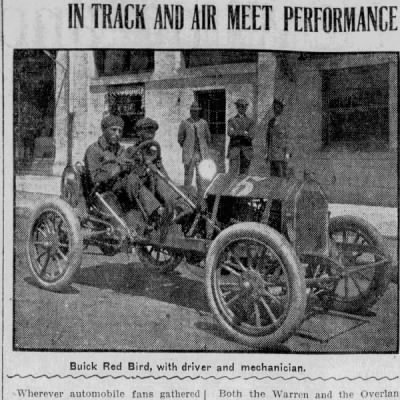 Thanks @PTRACER have you got the whole article handy too?

Btw did you remove the post thanks button?
Top

Michkov wrote: ↑
1 month ago
Thanks @PTRACER have you got the whole article handy too?

It was never installed. An oversight.
Top

The potential combined auction lot. of steering wheel + frame + full provenance is now complete, and thus Ferner was right: it has no commercial value at all, as it wasn't a race crash. It has very little historical value, either, but ought to have been held in higher esteem, by the family who used to own it.
Top

I'd caution against assuming too much based on a 1924 newspaper claim that "internal injuries received in an automobile accident in 1913 were the real cause of the death, doctors believe." (that last part rightly emphasized).

Especially when this follows the earlier "after a brief illness."

One would think that the fact that Schneider at least attempted a comeback, and Wagner was photographed standing next to the destroyed officials stand the following day would have proven the reports false.