Racing events, drivers, cars or anything else from the past.
Post Reply
233 posts

Alonsomania wrote: ↑
2 years ago
Moving back to Brands, here's two screencaps from a '67 F3 race, if this is of any help:

At this point layouts are done, just needs exporting and building the html file. 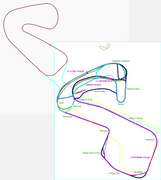 All that I need is some ancillary information, specifically when they stopped running CCW and when the kart track was build.

Sedre wrote: ↑
2 years ago
I don't want to disrupt your Brands Hatch discussion, but I want to make some correction about "Tblisi" racing circuit in Georgia.

First of them was street circuit located in Vake-Saburtalo district of Tbilisi, so it's usually was called as "Tbilisi" circuit. It held races of USSR Championship in 1960s before fatal accident in April 1967, where Volga of Bayzet Bedzhashev crashed into group of spectators, killing 6 people and injuring about dozen. Unfortunately, I don't found any circuit maps for this track.

Second one is located in city of Rustavi, about 12 km south-east of Tbilisi. It was built in 1979 and was one of most complex Soviet racing circuits - including nearby motocross track, kart circuit and area for racing triatlon (hybrid of autoslalom and some techniques from practical tests for driving's licence in Russia). Despite Rustavi was more developed circuit, it wasn't popular as it was located far from main auto racing centres in Union (Baltic countries, Moscow, Leningrad and Kiev) and organization of races was criticized, including work of firefighters and doctors (however, only recorded Rustavi fatality was Mikhail Loginov, who suffered heart attack during practice for round of USSR Touring Championship in 1989). After fall of Soviet Union, Rustavi was almost abandoned and rarely held official races, before in 2009 Russian-Georgian racing driver and businessman Shota Abkhazava bought it and reconstructed. It was reopened in 2012 as Rustavi International Motorpark.

Drawing in your database belongs to old Rustavi circuit (http://www.ussr-autosport.ru/tracks/rustavi.html), while new one have three different variants (I have some strange feelings to post there link to Wikipedia, but still: https://en.wikipedia.org/wiki/Rustavi_I ... _Motorpark)

Feel free to disrupt the discussion. Any information is appreciated, especially given that most of the page is outdated by at least 10 years. I'll plan on getting around to fixing it. Graphics will take longer, typos I'll fix when I upload Brands.
Top

Brands Hatch is done. Still some lingering questions, but they are minor and I wanted to get it online

Also added the is to Tbilisi. I'll change it to Rustavi once I get to that entry.
Top

TIL that the ISO 3166-3 code for Vietnam is VNM. Which is to say I had to add a new country to the database for FOMs newest get rich quick scheme, better know as the Vietnam GP. No Vietnam country page yet, I'll use this as an excuse to figure out how to auto generate them instead of using the old static ones. Picture links to the individual track page though.

There is also a new dirt half mile oval but that you have to find yourself.

Swedish GP near Kristianstad. Looks very much like Reims from the few videos I've found.
Top

Updated the home of the Austrian GP in exile

and the FE track in Saudi Arabia

I though this might fit here quite well. I wouldn't bail for its credibility though. 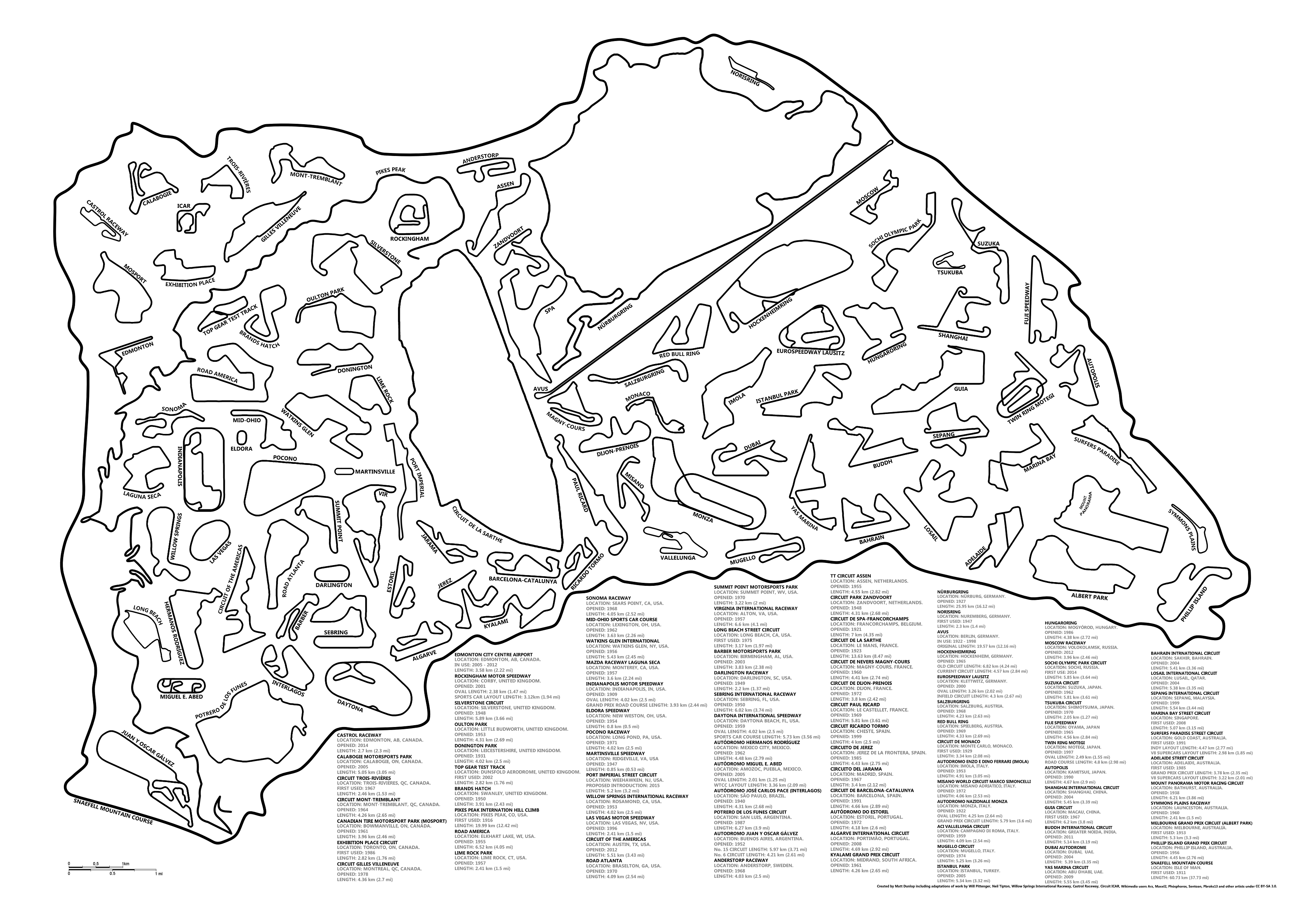 This one is freshly updated

There is a 1994 proposal mentioned on G de Carli's website. His drawing is very close to the one build so I havn't included it yet. If someone has the source he gives, Autosprint 47/1994 pg23, I'd be very happy about a scan of the page.
Top

First of the Albis

Next up Mettet
Last edited by Michkov 1 year ago, edited 1 time in total.
Top

That took ages, but here is the new page for Mettet/Circuit Jules Tacheny

Nice! I like the little pink arrows there showing direction. The cars must literally cross each other at the same junction / intersection.
King of the Race Track, Destroyer of Tyres, Breaker of Lap Records
Top

There's a roundabout taking care of that